On April 26, 1987, a dedicated group of Holocaust survivors, their families and supporters unveiled a monument to remember the Holocaust as well as those members of their families who had perished. 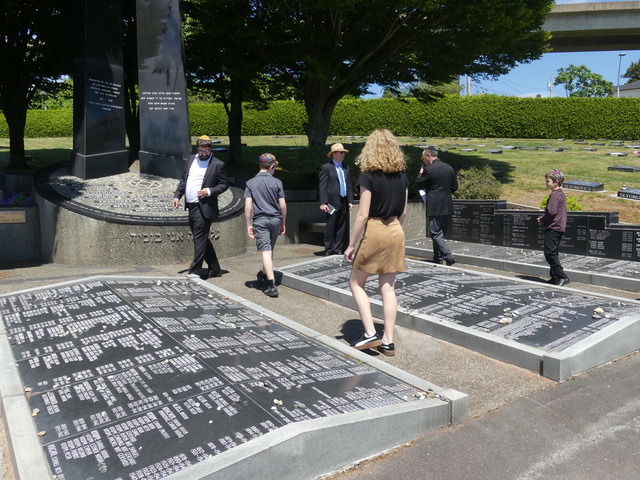 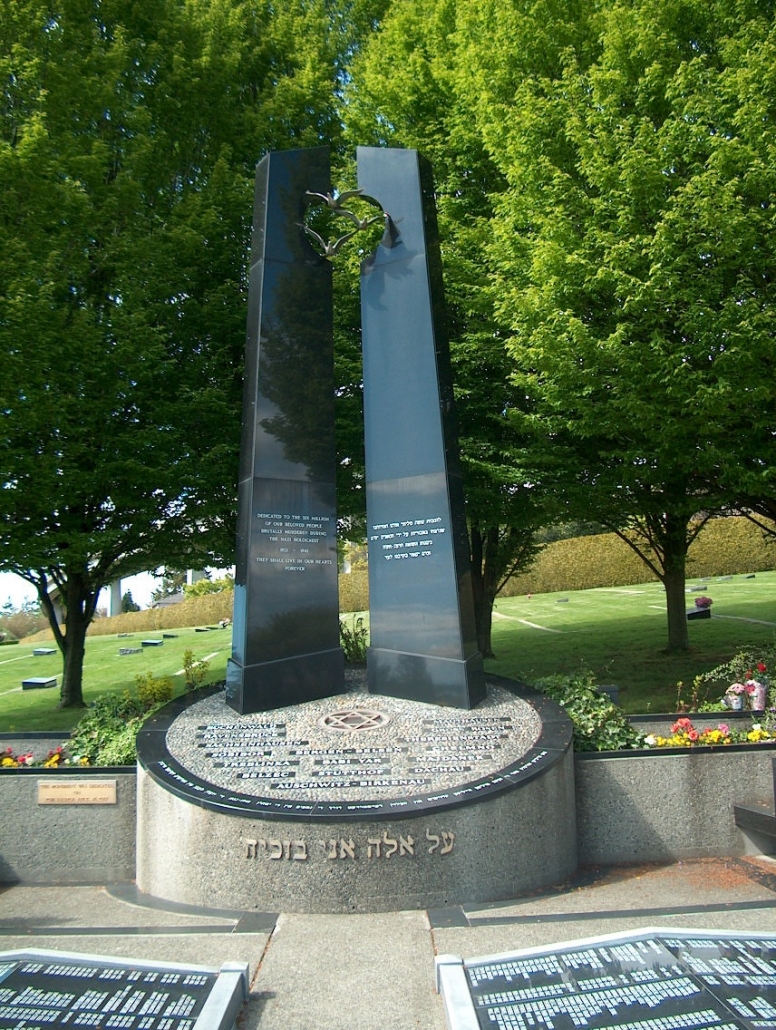 Although the initial vision of a Holocaust memorial began with a small group of survivors in the 1960s, it wasn’t until the 1980s that a proposal to build a memorial was formalized.

David Shafran z’l and Robert Krell recruited Jack Kowarsky to chair a committee to build a memorial to honour the memory of loved ones who had perished in the Holocaust. They did this with the support of directors of the Vancouver Holocaust Centre Society (VHCS), with a nearly unanimous vote in favour.

The memorial was unveiled on Yom HaShoah, April 26, 1987, in the presence of 1,300 members of the community. The survivors finally had a “metzeivah” – a burial site – albeit symbolic, to visit and at which to grieve.

The monument is located at the Schara Tzedeck Cemetery in New Westminster and sits at the top of the main hill.

The monument is striking, a tall black structure, with two birds of peace shown in flight at the top. It rests on a large, round base on which is recorded the names of the concentration camps at which Jews were murdered during the years of the Holocaust.

In front of the monument are granite blocks inscribed with the names of murdered family members.

The monument gives the community a physical place to mourn and remember. It was built for, and by, Vancouver’s Holocaust survivors but is also intended for future generations, in an effort to ensure the Holocaust is not forgotten.

At the time the monument was built, Leo Lowy z’l and others wanted an annual ceremony to remember the Holocaust and the loved ones who perished. They believed that we should gather on the Sunday between Rosh Hashanah and Yom Kippur, a Sunday traditionally observed as a time of the year to remember those who have passed away. The VHEC programs an annual High Holidays cemetery service at the memorial.

TO INSCRIBE NAMES ON THE MEMORIAL

Names of Jewish family members who perished during the Holocaust can still be added to the monument. Contact us for more information.